That said That means there are worlds out there that didn't get Berwick.

It's not like there's much else for him to get at this stage anyway. He's rammed the caps for strength, skill, speed and mastery. He can't grow magic. If he got defense this would be a perfect level. It'd be a hell of a plot twist if the Church in Three Houses turned out to be full Cult of Gerxel beneath the surface. That'd be awesome. But nah, this game's mostly stealing ideas from Berwick. Maybe they'll pick up the TRS notes for the next installment! 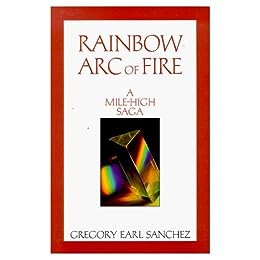 How the hell did Holmes hear that explanation as "these are poor innocent people that you shouldn't kill", as opposed to "they've been indoctrinated so thoroughly they have no will of their own". I probably should've reserved it for Holmes, but oh, well. You know what? I feel like parodying something I think we can leave it at that. It's very Zach. Things have changed. It's ruining the game. Holmes is screwing up the plot and his route is all the same. Should we blame Kaga? Or blame the LP?

Or should we blame the translation team? Blame Granada. Blame Granada They say parents can eat shit. They deserve Eugen's hit. I don't care about this route, The lord is a lout. Don't credit Holmes, for helping Katri's parents. He wasn't even involved. That plot just don't make sense. And remaining bow locked out of spite?

My god this guy isn't very bright. It seems all logic has departed, Since Holmes' route has started. They're not even a real country anyway. Plum's brother could have been a fighter renowned far and wide.


With all the plot-holes everywhere, This route making sense is rare. Shame on Granada. For all the crap we must hack, All the crud we must chug. The stupid one must be undone, We must blame him now and then, Lest this idiocy happen once again. Also, can I just say I love how you copied the "it's not even a real country anyway" line and it somehow makes more sense than in the original song? Granada truly isn't a real country, it's just a territory in Reeve.

They aren't even that powerful. Since one of them bailed and the rest couldn't join. I'll try to avoid telling story spoilers here, if you're worried about that. I've eaten a pretty major one, and although it hasn't ruined my enjoyment of the story, since it's one of those spoilers that just makes me go "wait, really?

How come they came to this? I can't wait to see the explanation I knew who was the villain and I still was caught off-guard by the reveal, that's how good that villain is. The detailed descriptions are awesome. I love how much you get to know about everyone. Really helps in fleshing them out. Agreed on all accounts.

However, Three Houses is creeping closer to giving "shipping emblem" more depth, with the tea minigame and the whole deal with gifts and lost items seriously, everyone's always losing everything, what's up with that? I did a couple of tea thingies to convince Ignatz and Leonie to join me, and I was outright embarrassed by the whole thing. Maybe it's just me, but the gimmick's seriously lame.

Also, why is everyone in love with the fishing minigame? It's so boring. You just press A, then time your subsequent A presses in the easiest rhythm minigame in existance, then you win. Rinse, repeat. I've seen people saying that they're having more fun at the monastery than in battles, and while I agree that the monastery's surprisingly not boring, battles are definitely still the best part of the game. So sorry. Make no mistake, he very much still intends to experiment on Byleth's flesh. He's just polite about it. People tend to not enjoy it when characters die as shadows of their former selves.

Except for the woman whose actor is dead in real life. She survived being in the vaccuum of space. Now they'll have to kill her off off-screen, which will be even more lame than her dying with Ackbar in an explosion. I'm not all too familiar with the new Star Wars or the old one, for that matter , so I won't go on a bible-sized rant like some people would, but that moment is so stupid. Does he not have peripheral vis-- wait, no!

He doesn't even need peripheral vision, the sword came from right in front of him! He was looking in that direction the entire time! Is he blind!? Frankly, what I was getting at was that exams in general are a piss-poor way of evaluating a person's progress. Most people forget everything once the exam's done, because the learning isn't natural, but forced and half-assed in order to meet the exam's deadline.

Exams are also a source of great pain, stress and disatisfaction for young people, because every kid is always told they don't need to excell at everything, but then they grow up and they are supposed to be awesome at everything, because one failed subject is apparently dishonor of the highest caliber. And if you live in a society that cares about marks more than usual? Just look at the suicide rates in Japan. They're absurd, and a great part of it is that most youngsters can't handle the pressure. Really, the main thing most learn from school is that life is crap and people have to do things they hate in order to survive.

Your browser is out of date

Because that is the "normal" thing to do. Went on a bit of a rant there. But I truly despise education. Ironically, that's basically the only thing being a good student all my youth has taught me. It's only the anime scenes that are bloody. No such thing as bloody portraits or models.